The annual Screen Awards took place last week (Thursday 20 October) at a ceremony held at The Brewery in East London.

The competition honours and celebrates the best of marketing, distribution and exhibition in the film industry and eight cinemas on DCM’s estate were up for a prize in the Cinema of the Year – 24 Screens or Under category, with four other sites making up the shortlist of 12.

Huge congratulations to Tyrone Walker Hebborn and his Genesis Cinema of Whitechapel, which won the award on the night. The Picture House in Uckfield received a highly commended in the category.

Picturehouse Central picked up the Cinema of the Year – From a Company 25 Screens or Over prize so big congrats to the team on Shaftesbury Avenue.

To complete a fine night for DCM and its partnering cinema sites, Geoff Greaves, of Merlin Cinemas, was awarded the prestigious Exhibition Achievement Award and was onstage to collect the prize (pictured, below).

Finally, the Brand Partnership of the Year Award, which is proudly sponsored by DCM, was won by Brand Culture for its The Secret Life of Pets and Petplan Insurance UK collaboration.

To see a full list of the winners from the night, visit Screen Daily. 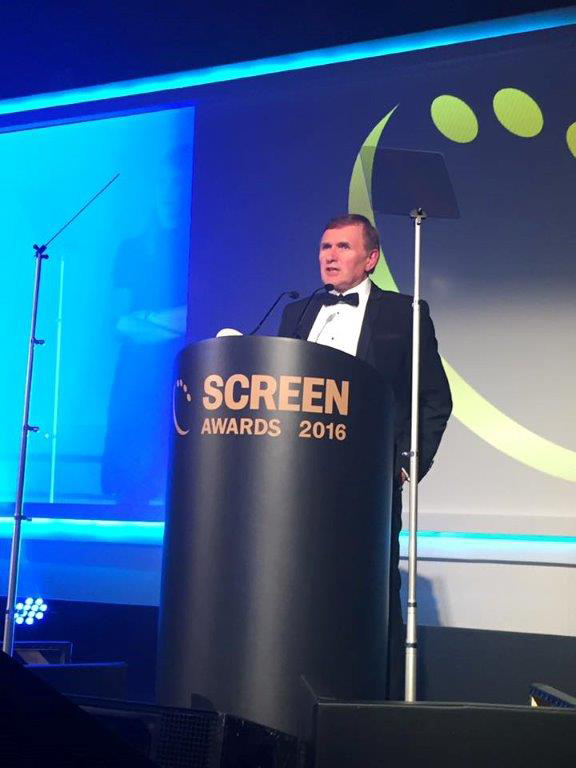