Last week, Mindshare held its annual Huddle event bringing together the UK media industry for a day under the theme of 'For Good'. As part of the agenda, DCM held a session with its Head of Film, Tom Linay, and My Scientology Movie director John Dower to discuss the film, his career and cinema.

Dower has also directed touching ads for brands such as Sky HD and Aviva, but his latest documentary feature, which he shot and co-wrote with long-time collaborator, Louis Theroux, has been a box office smash and is on course to become the highest-grossing documentary of the year.

"It was a lot of fun to make but it was difficult to do without a doubt," said Dower at the session. "I don't really know what I expected people to feel when they were leaving the cinema, hopefully they would have had a good time in the 97 minutes. But I wouldn't like to say my films have changed anyone."

In the session, entitled Cinema Changes Lives, he sat down with DCM’s Head of Film, Tom Linay, to discuss his life and career with his experiences on My Scientology Movie used as an example of some of the many different situations he’s found himself in and why the film was right for the big screen.

Dower revealed what it is that his work on the movie with Theroux aimed to achieve and how he didn't really expect audiences to react in any particular way to the revelations of the cult-like religious behaviour covered, and that naturally, he wanted his audience to have a good time and be entertained.

Experiencing great stories in the cinema has never been more relevant with other media channels experiencing increased disruption. The dark room, big screen and absence of distractions mean that the work of filmmakers and brands can truly be appreciated and achieve their full potential to immerse in the unique environment. If you’ve seen My Scientology Movie, you’ll know it’s a great watch, with at times tense scenes in between vibrant panning shots of Los Angeles, but more importantly for Dower, the humour he portrayed with Theroux is one of its best qualities.

Asked about why My Scientology Movie was right for a release on the big screen, Dower replied: “Making a documentary for the cinema was tricky, particularly in this case because Louis was well known from the world of television. But lots of people went to see their first documentary at the cinema for it and that's pretty good."

He concluded: "I think having a big cinematic score was also one of the most important things when it came to the cinema release. People needed to experience something cinematic and that word gets used too much. I think a documentary needs to be entertaining and that's a dirty word for some documentary makers. It's Scientology and while we weren't going to set out to mock the religion’s Church, they have some pretty out there beliefs."

To watch the session back in full visit DCM’s Periscope feed. 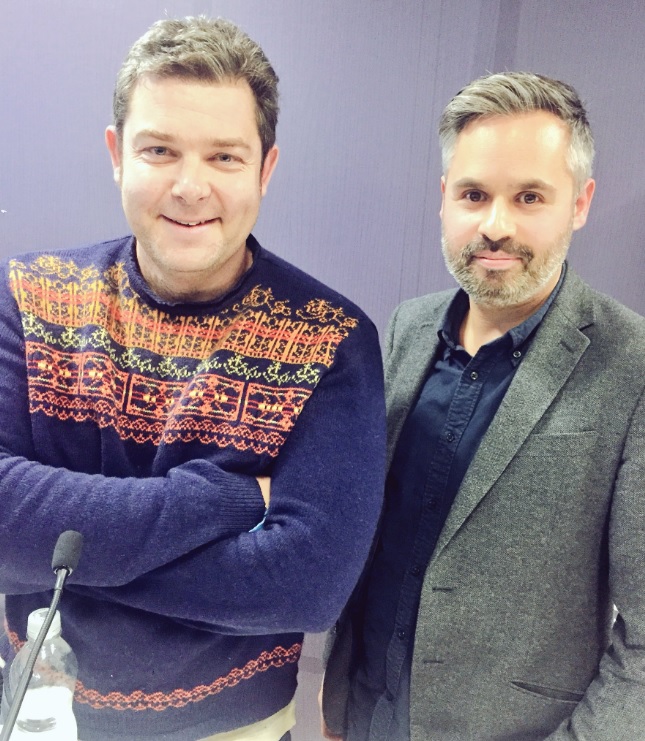